Google’s project division X has been developing a balloon technology known as Project Loon to increase connectivity across the globe. They are partnered with various mobile companies to extend their coverage to places previously not possible. Project Loon’s solution is to place a web of communication technologies, which are comprised of the parts of cell phone towers essential to communication, in the Earth’s stratosphere.

The current prototype consists of three parts: the balloon envelope, the bus, and the payload. The balloon envelope is made from polyethylene and approximately 25km in diameter. It is comprised of two layers. The inner layer contains a fixed amount of lift gas while the outer layer accepts or releases atmospheric gasses in order for the system to ascend or descend when necessary. The bus contains all of the technology which controls the flight of the system.  It contains the solar panels which provide power, the altitude control system, and a parachute to keep the system safe when it must land for updates and/or repairs. The payload currently consists of the radio base station, antennas, and other essential communications technology included in the system. [1] 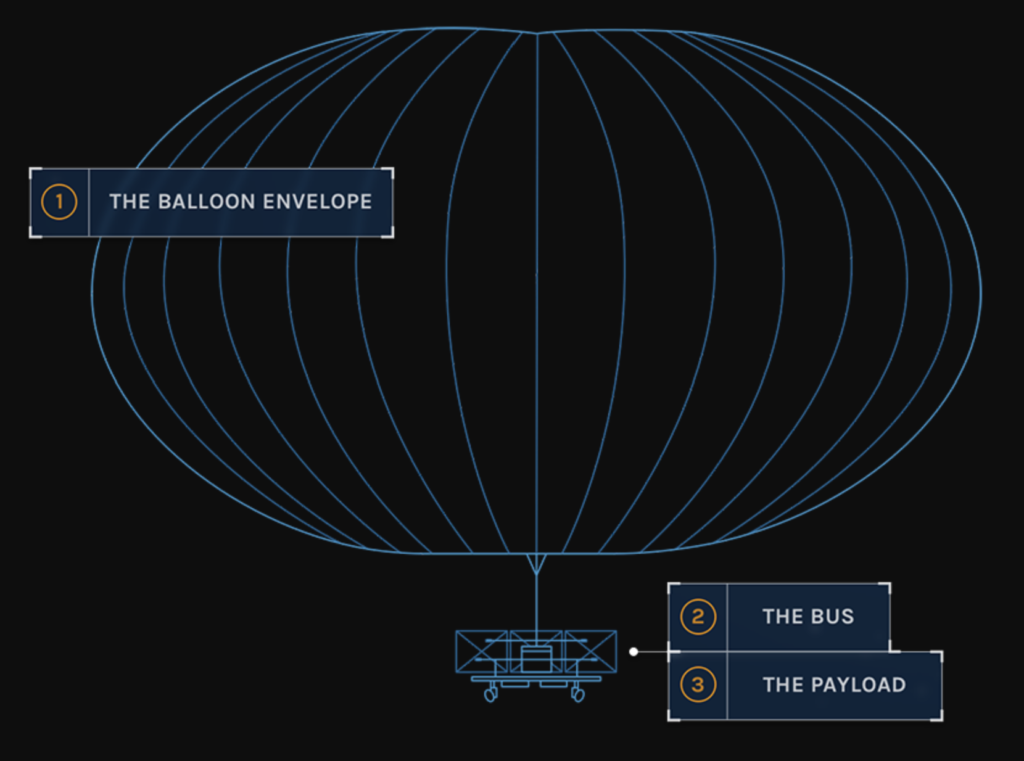 Project Loon collects a large amount of data from their prototypes and other technologies to maintain safe flight patterns while navigating the Earth’s stratosphere. They have also experimented with various technologies to ensure reliable data transfer between payloads and one technology that shows promise has been FSO communication. They demonstrated its uses when they sent a full copy of the movie Real Genius across balloons over 100 km apart. Following its success, X’s partner AP State Fiber Net announced the production of over two thousand FSO communication links developed by X. Both AP State Fiber Net and X hope to reach areas that were previously considered inaccessible with past communication technologies. [2]